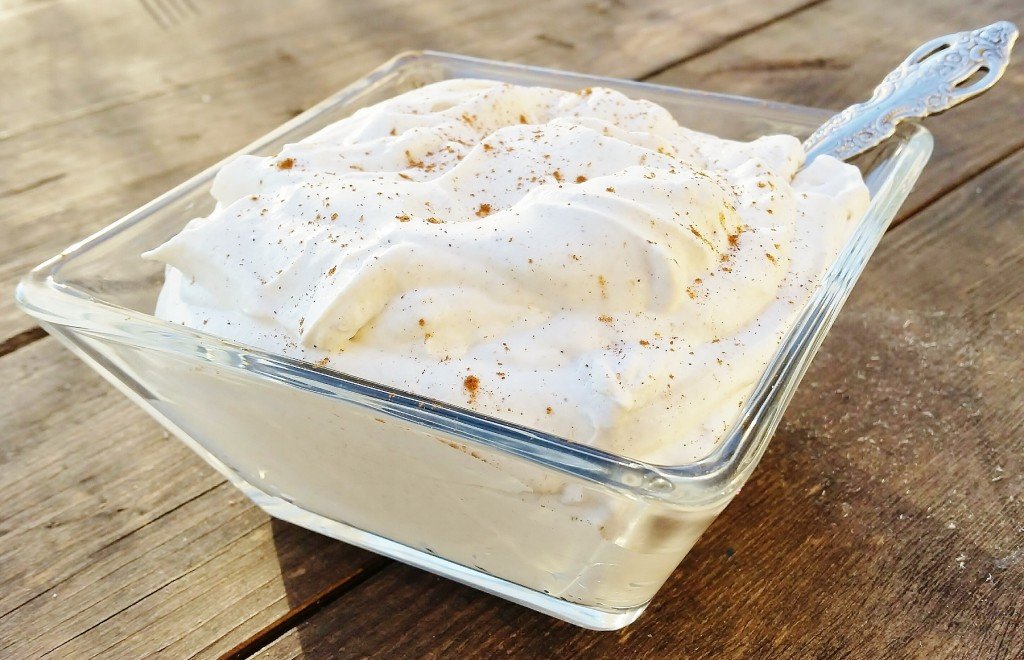 Stop. Back away from the Cool Whip.  Put down the can of Reddi-whip.

Turn around and go back to the milk cooler.  Pick up the carton of heavy whipping cream, buy it and bring it home.

A few minutes in the mixer or with an immersion blender, a smidge of sugar, dash of vanilla, a sprinkle of cinnamon and fresh, creamy, “impress your guests” goodness is yours for the serving.

Freeze a few dollops on a cookie sheet to drop in coffee, chai or our personal favorite, hot apple cider.  (It’s like apple pie in a mug-YUM!)

Chill in the fridge and serve as a dip with fresh strawberries for an easy, refreshing, summer dessert.

However you choose to serve it, once you whip your own fresh whipped cream, you won’t ever go back to the chemical laden, sugar heavy, soybean oil filled, fake stuff.

Ingredients:
2 cups heavy whipping cream (light cream or half & half will not whip into whipped cream)
2-3 Tblsp sugar, or to taste preference (sugar can be omitted- add almond flavoring to boost flavor)
1 Tblsp cinnamon
2-3 tsp vanilla, or to taste

With mixer on low, slowly add sugar until incorporated.  Turn mixer to medium high and whisk until soft peaks form.  Add vanilla and cinnamon and continue mixing until stiff peaks form.
(Stiff peaks- when you can dip a spoon into the cream and lift, forming a “peak”, and the peak keeps its shape once the spoon is removed)

*Caution- once stiff peaks form, turn off mixer!  If you continue mixing, the cream will begin to “break” into very sweet, vanilla & cinnamon flavored butter.